“Nobody knew that health care could be so complicated”.

So wrote an exasperated President Donald Trump in February 2017 as he struggled to get to grips with a replacement for the Affordable Care Act, the Obama-era law that expanded affordable medical cover to low-income Americans.

Perhaps without meaning to, Donald Trump stumbled across one of the universal truths about health-care investing: It can be really, really complex. There are hundreds of health-care companies that we could invest in. At most, we target between 10 and 12 of those. To get from that wider opportunity set to just a handful of investable ideas is where the real hard work starts. 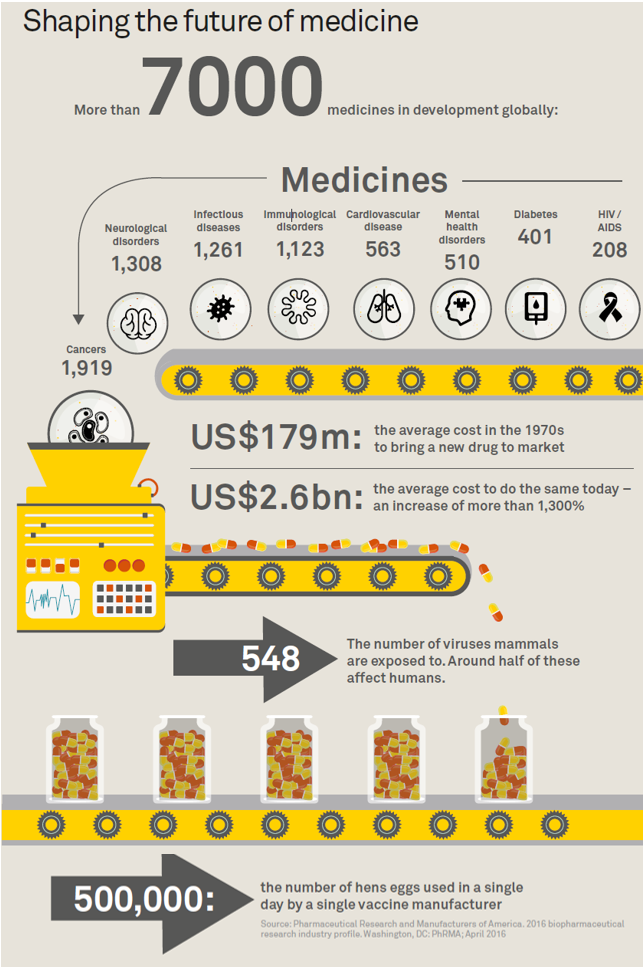 Identifying the company which is developing the next blockbuster drug is a key challenge for investors. Health-care companies, particularly those developing novel medicines, have always had to accept the risk of possible failure as a normal part of the process. Every successful drug needs to cover the costs of the many that do not make it through the extensive testing and regulatory hurdles required to gain approvals.

Further, drug development costs are spiralling as the regulatory burden increases – and quite rightly so, since patient safety, not just a drug’s effectiveness, is the key to success. While in the 1970s it cost on average US$179m to bring a new approved drug to the market, by the first decade of the new millennium that figure had ballooned to US$2.6bn.[1] Clinical studies alone can now account for up to two thirds of the overall spend on drug development.

What can investors do?

One strategy is to focus on innovation. Beyond the list of top-ten pharmaceutical companies there’s a long tail of smaller, incredibly innovative businesses that are creating the drugs and therapies of the future. By focusing on them we think we can uncover strong, investable ideas which are not only profitable but which could also help shape the future of medicine and create wider benefits to society.

Take the production of the flu vaccine which I wrote about last year. It is currently a slow and expensive process, with a single factory manufacturing the flu vaccine requiring up to 500,000 hens’ eggs every day to grow the virus. This creates not only a formidable barrier to entry for companies wishing to enter the sector, but also puts constraints on how quickly new types of flu vaccine can be produced every season. In response, new forms of cell-based vaccine production are being developed which could transform the industry. We believe this could revolutionise vaccine production and allow manufacturers to be more flexible in responding to demands for vaccines dealing with virus outbreaks such as swine flu and Zika.

Oncology is another focus of innovation. One area of interest is the development of targeted cancer therapies, a treatment which acts on specific types of cancer cell. Targeted therapies now account for 46% of all cancer treatment (up from 11% in 2013), and survival rates in some cancers have vastly improved as a result – for example, five-year survival rates for colorectal cancer have risen from 50% between 1975-1977 to 65% between 2004-2010, largely owing to the increased prevalence of new targeted therapies.[2]

To conclude, as President Trump rightly points out, health care can be complicated, but it’s an area where we believe structural demand drivers and exciting innovations are likely to continue to drive good investment returns.

Putting a cap on it

Do you want kale with that?

Gen Z is spending more on health, fitness, food and fashion. We assess the investment implications.