It has long been the case that new – and sometimes controversial – ways of drilling have threatened to bring down the price of crude oil structurally and permanently. However, it is also often true that nations blessed with rich natural resources tend to be relatively unstable jurisdictions, making them more likely to make their presence felt via geopolitical price distortions.

There is little doubt that improving technology, resulting in a lower breakeven cost of production, has benefitted alternative means of drilling oil such as fracking in recent years; however, environmental considerations, which have attracted increasing scrutiny, have sometimes stood in the way of these methods being employed more widely. Furthermore, supply disruptions in certain areas, sometimes for operational reasons but more commonly owing to political machinations, have played their part in maintaining prices at a firm level.

Tightness in the market to remain

Currently, prices should be supported by Venezuelan production continuing to fall as the country’s crumbling infrastructure deteriorates further. Meanwhile, US sanctions imposed against Iran have now been copied by many European corporations, given fear of US retribution towards those not following suit. We believe this will add to the tightness of the overall global crude market. Moreover, specific delays at the field level, some of them significant, mean that traditional methods of drilling oil could actually decline over the next few years.

Of course, some of the larger OPEC (Organisation of the Petroleum Exporting Countries) nations, such as Russia and Saudi Arabia, could be tempted to restart idle capacity, but they may be unwilling to sacrifice the hard-won equilibrium presently in the market. It seems that current oil prices represent something of a balance between economic relief for these countries and the danger of prices rising too high, which would destroy demand. Continued US-dollar strength could also represent a headwind to prices rising higher.

All things considered, we would expect the price of crude to remain within the current range, albeit with some degree of volatility and notwithstanding significant geopolitical events or military action. 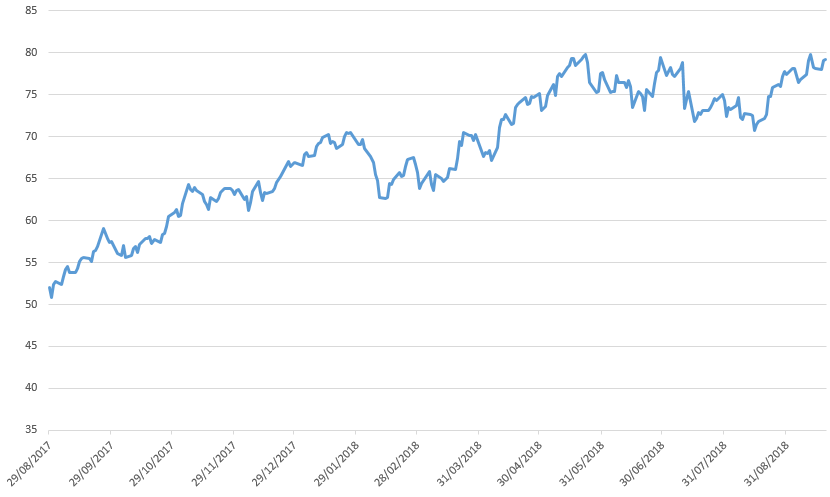 Paul is a portfolio manager on our global equity team, as well as co-leader of the innovation themes group, which explores investment opportunities across emerging technologies.