Prior to the recent US election, I believed that the significant grassroots support for legalisation of marijuana meant that its legalisation at a federal level was only a matter of time, as I explained in a previous blog post. In fact, the recent voter approvals in eight states on election day reaffirm that the population as a whole would be likely to support such a move, as the graphic below demonstrates.

However, the recent announcement of Jeff Sessions as President-elect Trump’s candidate for attorney general means federal legalisation may no longer be just around the corner. As recently as April 2016, Mr Sessions was quoted as saying that “good people don’t smoke marijuana”[1], so it seems unlikely to be legalised under his watch.

I think that the tobacco industry is likely to be the most interested in marijuana as a source of future growth, with many companies already giving serious consideration to the crossover potential with vaping. But until it is legalised at a federal level, nothing can be done. Nevertheless, as I have said before, support among the general population is growing, and like gay marriage, we think it may be a case that over time overwhelming public support could sweep away previous social norms. 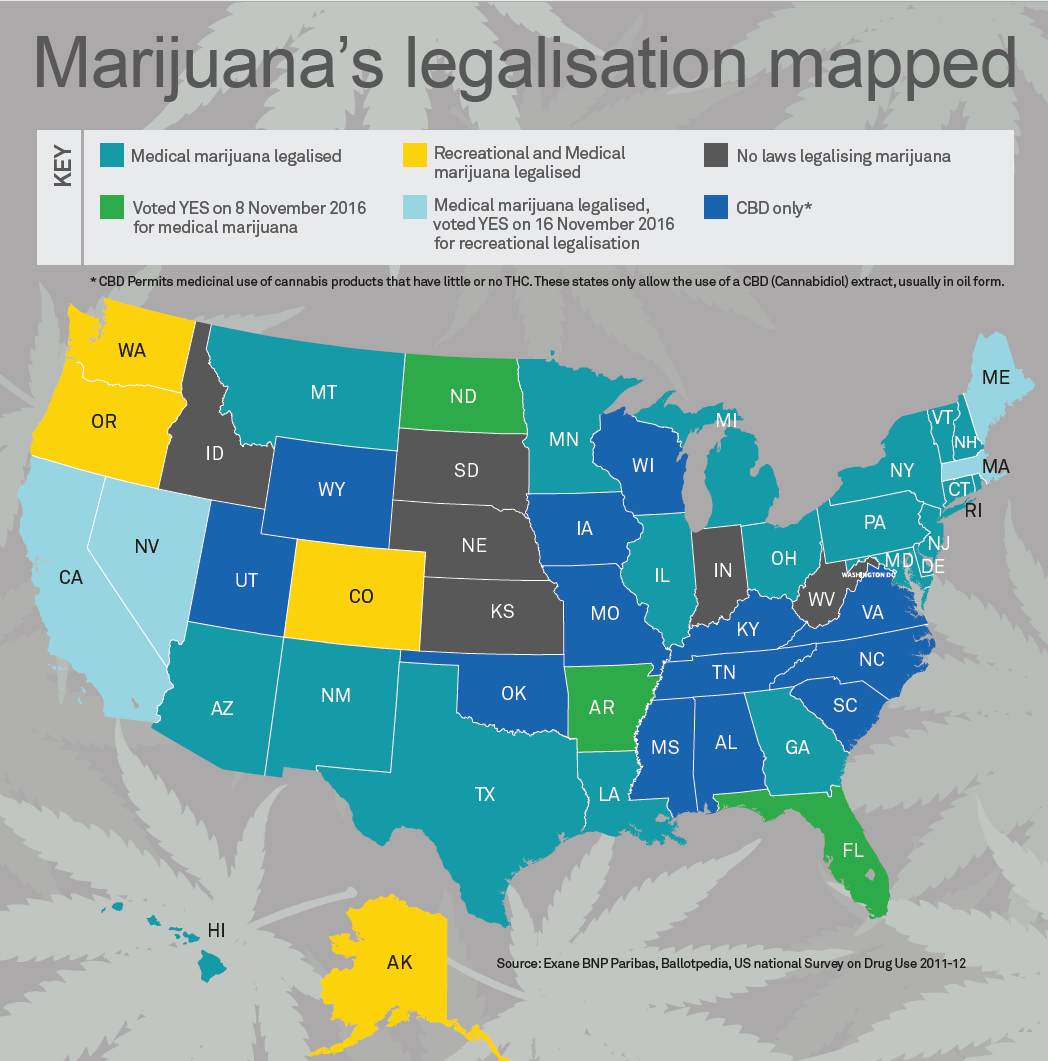 What’s next in tech?